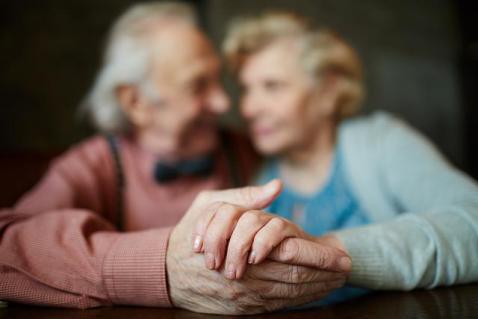 That Special Friend in the Nursing Home

It’s not unusual for people to find new friends when they move into a nursing home. But what happens when those friendships turn into something more? We posed this question to Pati Bedwell, an elder care coordinator at Takacs McGinnis Elder Care Law, a Life Care Planning Law Firm in Hendersonville, Tennessee. A veteran of the senior care industry, Pati has truly seen it all.

If both parties are alert and oriented, and they want to take their newfound love to a physical level, then, just like at home, they have that right. The facility’s obligation is to be sure that they are provided with privacy. However, things can get tricky if dementia is involved. If one person has dementia and the other does not, red flags should go up and the facility should take care to keep them apart.

If both people have dementia and they want to experience physical intimacy, Pati urges caution. “It’s not that people with dementia shouldn’t have sex, but it can be very disorienting,” she says. “Imagine that a person with dementia has one of those moments of lucidity during the middle of the act and finds themselves in that situation with a total stranger. It’s rarely a good outcome.”

Keeping lovers apart can be a difficult thing to do and often upsets the residents involved. “There was a couple I worked with several years ago,” remembers Pati. “The husband had dementia and was in a facility. The wife was fine and was still living at home. When the wife discovered that her husband had taken up with another resident, the wife demanded that they be kept apart. The staff valiantly tried and succeeded. However, about a week later, the wife told the staff she couldn’t stand seeing her husband so unhappy, so she came up with a plan. She would call ahead before visiting so the staff would have time to separate the man and his new lady friend. The wife weighed the benefits and knew her husband’s daily well-being was better when he was with this other lady.”

If a member of your family has developed a “special friendship” with another person at a nursing facility, what can you do? Pati offers these tips: