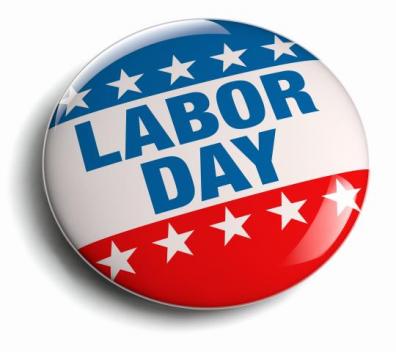 As you roll out the grill on this Labor Day holiday, don’t forget to say a silent prayer on behalf of the more than 40 million Americans who currently serve as unpaid caregivers to adults ages 65 and older in the United States. These are spouses, daughters, sons, and grandchildren working in obscurity, their contributions unseen, their burdens hidden.

Jason A. Penrod, founder of Family Elder Law, a Life Care Planning Law Firm in Central Florida, has worked with hundreds of family caregivers providing heroic services for their loved ones. A few stories stand out.

One involved a man named Ray, a man serving as the primary caregiver for his mother-in-law and his wife, both of whom were suffering from dementia. Ray cared for them both at home over a period of six years, but eventually ended up placing them both in a nursing home. He did so reluctantly. “Ray did the very best he could for as long as he could,” Jason remembers. “He loved and honored his wife, and he did his best for his mother-in-law as a way to really cherish his wife. And at one point, Ray’s wife and his mother-in-law were both in the same nursing home and he would spend all day with them, joining them for meals, attending care meetings, and making sure they both had adequate attention. He was just a great man.”

Caregivers like Ray often don’t see their contributions as anything special. They’re just doing what family members do for each other.

Another memorable case for Jason involved Theresa, a woman dealing with her own cancer treatment on top of caring for her elderly parents.  Her father suffered from colon cancer and had heart issues that prevented him from being able to care for himself. Her mother had advanced dementia. “It was a beautiful testimony to how strong of a person Theresa was and what a good daughter she was to honor her parents,” Jason recalls. “Here she was, going through her own chemo while trying to figure out how to provide long-term care for her parents after they were both hospitalized at the same time.  Miraculously, she was able to provide the type of care that was needed despite being under tremendous mental, emotional, and physical stress.”

For Jason, family caregivers are the unsung heroes of our society. He considers it a great privilege to walk alongside them during their elder care journey. Another memorable case involved three adult children who were taking care of their mom. They each took eight-hour shifts, despite working full-time jobs of their own and each having their own families. “You hear stories about selfish kids who abandon their elderly relatives,” says Jason, “but I'm here to testify that there are many amazing children who would do anything for their parents. They continue to do it despite difficult circumstances and competing priorities.”

Jason is especially impressed with members of the Sandwich Generation, people caring for elderly parents and dependent children at the same time. “What an amazing group of people they are,” Jason adds. “They are glad to provide that honor and care to their loved ones. They're just trying to be good sons and daughters.”

This Labor Day, why not take a moment to express your gratitude to people you know who are caring for elderly loved ones? Though their labor is often invisible, their efforts mean the world to those receiving their care. “Most family caregivers aren’t interested in recognition and they don’t ask for any,” Jason adds. “They’re doing it out of love.”