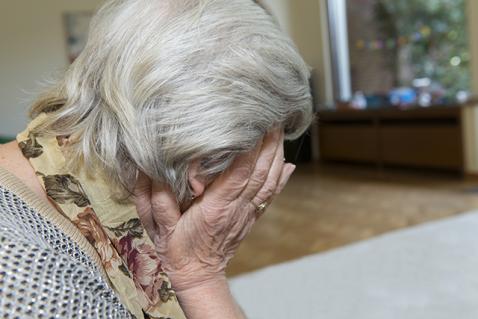 When you think of a suicide victim, what comes to mind?

We posed this question to Alice Woodard, an elder care coordinator at Kimbrough Law, a Life Care Planning Law Firm with offices in northeast Georgia. According to Alice, senior citizens are one of the groups most at risk. Suicides among seniors account for 18 percent of all suicides reported in the U.S., with white males over the age of 85 facing the highest risk. And that’s just the suicides that are reported. “Some experts claim that senior suicides are under-reported by 40 percent,” Alice notes. “Car accidents, self-dehydration, or self-starvation are often actually suicides in disguise.”

What can cause a senior to want his or her life to end? It can be many things. For some, it’s the loss of a relationship through death or divorce. For others, it’s social isolation and loneliness. For some, it’s losing independence and not knowing where to live. And for many, it’s a diagnosis. “Four health conditions tend to lead people to suicide,” says Alice, “they are traumatic brain injuries, sleep disorders, HIV, and Parkinson's.”

How do you know if a senior in your life is at risk? Watch for:

If you observe one or more of these signs, what should you do? Alice offers these tips:

According to Alice, seniors don’t commit suicide on impulse. “Most contemplate it for a very long time before acting,” she adds. “If we’re tuned in to our loved ones and how they are reacting, it gives us an opportunity to intervene.”