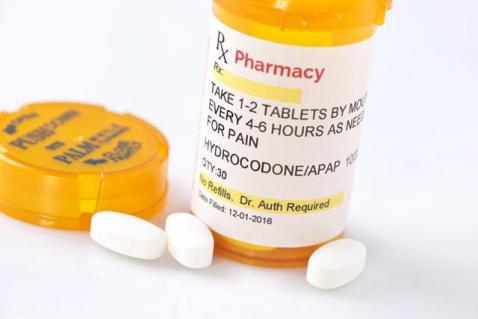 Just because older adults don’t fit the common stereotype of a drug abuser, it doesn’t mean that your elderly parents or grandparents are immune from a secret (or not-so secret) addiction.

How big is the opioid problem among older Americans? We posed this question to Claire Merendino, an Elder Care Coordinator at Bratton Law Group, a Life Care Planning Law Firm with offices in New Jersey and Pennsylvania. As a Registered Nurse who has spent much of her career working with older adults, Claire has seen a lot. “It’s the epidemic that doesn’t get talked about,” she said. “Opioid dependence can set in quickly—after just a few days.”

It all started innocently enough when the Federal Drug Administration approved OxyContin in 1995. “The drug was supposed to be non-addictive,” Claire noted, “except it wasn’t.” Pharmaceutical companies marketed opioids aggressively to physicians who prescribed OxyContin, Vicodin, Percocet, and other opioid painkillers to older patients suffering from chronic conditions. From 1995 to 2010, opioids prescribed for older adults during regular office visits increased by a factor of nine. During that time, celebrities made headlines for painkiller abuse, including radio talk show host and political commentator Rush Limbaugh, who came clean about his addiction in 2003.

According to the Centers for Disease Control and Prevention (CDC), nearly 14,000 people over age 45 died from an opioid overdose in 2015. A 2016 survey by the nonprofit National Safety Council found that 99 percent of physicians prescribe opioids beyond the dosage limit of three days recommended by the CDC. One recent survey showed that about 35% of people over age 50 have reported misusing opioids in the past month.

Why does opioid abuse create so many problems for seniors?

Failing health is one reason. “Older people have more health problems that cause pain, such as neuropathy and arthritis,” Claire said. “Opioids are the go-to medication for this pain.” In addition, aging slows the body’s ability to metabolize these powerful drugs. “In a young person, a medication may take four hours to work its way out of the system. In an older person, it might take six to eight hours. If a doctor is prescribing the medication every four hours and an older adult takes the medication exactly as prescribed, you run the risk of addiction. Drug interactions can create even more challenges.”

Claire cautions family caregivers to look beyond opioids if they suspect a loved one is abusing drugs. Central nervous system depressants that were the drugs of choice a generation ago can still be a problem today,” she added. “Thirty years ago, if grandma needed to sleep or her nerves were shot, she might pop a Valium or a Xanax. She may still be doing it today.”

Next week, in Part 2 of this two-part series, Claire will explain the tip-offs for addiction and offer strategies for concerned family caregivers.