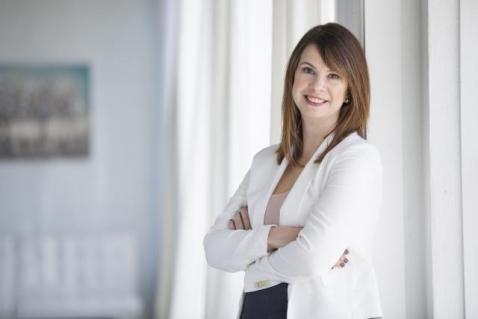 When it comes to elder care, Julia Price hasn’t just had a front row seat. She has been in the ring. In fact, if you look up the term “Sandwich Generation,” there’s a good chance you’ll find Julia Price’s picture next to the definition. “Six years ago, I didn’t even know that elder care law was a thing,” said Julia. Today, she helps people access public benefits to pay for long-term care in her role as a VA accredited attorney at Elder Law of East Tennessee, a Life Care Planning Law Firm with offices in Knoxville and Johnson City, Tennessee.

Julia’s elder care story begins when she and her family relocated to Tennessee from Louisiana for her husband’s career. After the move, Julia spent her days looking for attorney positions while looking in on her 89-year-old grandmother who lived in the area. “Grandma was still driving and living independently at the time,” Julia remembered. “Her home was close to my twins' preschool, so the baby and I would spend three days a week hanging out with her.”

One morning in February 2015, everything changed. When Julia pulled up to her grandmother’s house, she sensed something was wrong. There were two unread newspapers on the front stoop. When she entered the house, the lights were off. “I had this sinking feeling,” Julia recalled. “I found Grandma on the floor in her bedroom. She had fallen and had been laying there for two days.”

After a few weeks in the hospital, Julia’s grandmother was discharged to a rehab facility. “While we were there, people just kept throwing all these unfamiliar terms at us,” Julia recalled. “They were talking about Medicaid, CHOICES, and Veteran’s benefits. I had no idea what they were talking about.”

Julia’s story is a classic case of how the care of an elderly person can fall to a grandchild. In April 2015, her grandmother was well enough to be discharged from the rehab facility, but not well enough to live on her own anymore. Where would she go? The situation was complicated. Julia’s grandmother had outlived two of her children, and the remaining family members were either unable or unwilling to assume caregiving responsibilities. “I was the only one left,” Julia remembered. “I didn’t think I could do it. How would I take care of her and my three small children? Would I have to get her out of bed in the morning? Would I have to help her get dressed or go to the bathroom? I was terrified that it would be too much.”

A sympathetic therapist at the rehab facility reassured Julia that she was up to the task. That same week, Julia saw a job posting for a public benefits position at Elder Law of East Tennessee. The posting described the work that Julia had been doing for the last four weeks. Julia applied, and her first day on the job was two days after her grandmother moved in. “I learned my new job as I was learning to cope with my new reality,” said Julia.

Ultimately, Julia’s experience has blessed her with tremendous compassion for the families who come to the firm for help. “I'm able to give them the answers and the reassurance that I wish I had received,” she added. “I can tell them from experience that everything will be okay.”