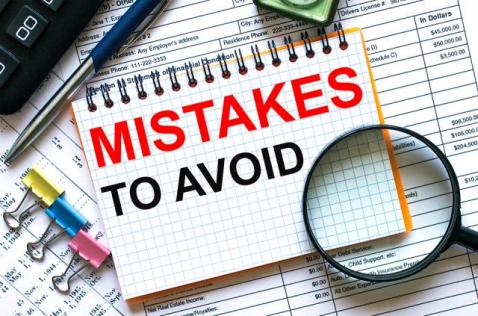 If you want to delay a loved one’s application for Medicaid benefits to pay for nursing home care, there are plenty of ways to do it. This article, the first in a multi-part series, explains two common ways people mess up.

What are the most common mistakes people make when attempting to qualify an elderly loved one for Medicaid? We posed this question to Matthew Bravette, one of the attorneys at Bratton Law Group, a Life Care Planning Law Firm with offices in the Southern New Jersey and Philadelphia areas.

According to Matthew, many families get into trouble when they try to do their own Medicaid planning or spend down based on advice from a non-expert.

Thinking that the annual IRS gifting exclusion applies to Medicaid is a common mistake. “The IRS says you can gift $16,000 annually, per individual, so families will see that and think they can give away this amount every year until they have spent down to below the Medicaid threshold,” Matthew explained.

This trips up many Medicaid applicants because Medicaid has a 60-month look-back period. From the date an applicant applies for the Medicaid program, the Medicaid worker processing the application is examining financial transactions over the past five years. Every account, every withdrawal, and every transfer can be scrutinized. Any gift or transfer of assets for less than fair market value, regardless of the dollar amount, can result in a penalty.

Matthew says that the penalty is expressed as a length of time that the applicant must wait to receive Medicaid benefits. Notably, a Medicaid penalty will not begin until the applicant is otherwise considered to be eligible for participation in the program.  “For example, if you give away $15,000 a year for five years and then make a Medicaid application, you're looking at a penalty of about seven months,” he explained. “During that penalty period, you’ll continue to be responsible for any care costs and other basic living expenses.”

This can have a devastating financial impact on a person who has already gifted away a majority of assets in a misguided attempt to spend down before filing a Medicaid application. No matter what kind of care you’re getting or where you’re getting it—at home or in a facility—Medicaid won’t cover it until the penalty period ends. “In many cases, that means you're already spent down to below $2,000, and you're not going to have the money available to pay through the penalty period. Trying to do your own Medicaid planning or spend down is rarely a good idea.”

Another common mistake involves not keeping good financial records during the five years prior to applying for Medicaid. “We understand that many clients aren’t anticipating making an eventual Medicaid application, but a loved one’s care needs and expenses can change rapidly and sometimes without much warning,” said Matthew. “With Medicaid, the burden of establishing eligibility is on the applicant. This can be challenging in some situations, for example, when an applicant or spouse deals primarily in cash and lacks an ability to concretely verify certain payments or deposits received. Detailed financial records are must for a Medicaid application. If you don’t have them and we can’t get access to them directly from the financial institutions, which can happen for a variety of reasons, it makes the process more difficult.”

Some families operating on bad advice will open different accounts, make frequent ATM withdrawals, and move assets between accounts or take funds out of the bank to make it appear as if they have less resources available prior to applying. Matthew advises against this. “The Medicaid applicant is responsible for establishing eligibility,” he added. The Board of Social Services isn't going to make exceptions or be lenient, and oftentimes, they can make the process more difficult. A tangled web of transactions that can’t be sorted out could lead to an inability to establish eligibility. It could also lead to the improper application of a gifting penalty if the funds were used for some legitimate purpose. You’ll always be better off if you keep good financial records and be honest with your attorney because there are many tools available to us to help remedy potential issues prior to making an application.”

The next article in this series will address two more common mistakes families make during the Medicaid application process.