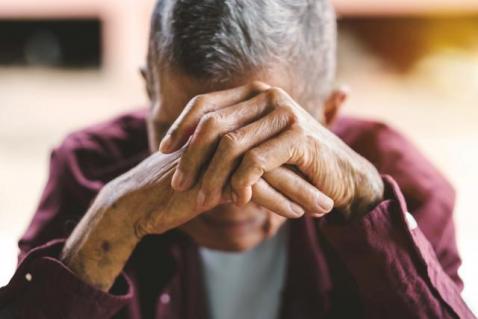 Financial Exploitation - If It Happens to Your Loved One

If an elderly relative is the victim of financial exploitation, is there any recourse? We posed this question to Scott Anderson, an attorney at the Miller Elder Law Firm, a Life Care Planning Law Firm in Gainesville, Florida.

According to Scott, family members have more options than they once did, especially if the exploiter convinced the elder to alter legal documents like powers of attorneys and wills. “Many people don’t realize that there are ways to get those documents revoked under the law if they were created due to exploitation,” Scott notes. “It’s not always easy and sometimes it involves litigation, but it can be done. That's one of the things we do as elder law attorneys.”

Not that long ago, if family members discovered that an older relative had been exploited, they were advised to report it to the police or to adult protective services, but nothing would change. “Today, we don't need to walk away from those situations shaking our head,” Scott says.

What can victims expect in the way of restitution? It depends. Scott acknowledges that getting cash or a liquid asset back from a scammer can be difficult. “Money lost to overseas scammers can be hard to recapture,” he admits. “However, when the exploiter is someone with a physical presence in the elder’s life, we have more options.”

Removing the exploiter from the senior’s life is usually the first course of action. Then, through a process of investigation, stolen assets can be located and returned to their rightful owner. “Exploiters will often start with small transactions, but then they see the opportunity, get greedy, and start making bigger moves,” Scott explains.

One of the most common big moves is often a change to the deed of ownership of property. These changes are often subject to challenge. Even changes of ownership to family members can be undone. “We are often able to get the deed changed back, but there’s often litigation involved,” Scott notes. “Families need to know that there are laws in every state that make it possible to set aside a transaction that the person would not have otherwise done, but for the fact that they have been exploited or unduly influenced.”

In Florida, legislation called freeze laws give older adults and their families new ways to recover stolen money. “For instance, if an exploiter gets access to your father’s account and transfers the money in it to the exploiter’s account, Florida law allows the court to freeze the exploiter’s account for a short time and get the money back,” Scott explains, adding that other states are considering the adoption of similar laws.  “The judge hashes it out very quickly, usually within two weeks.”

Even though there are more options than ever available to make victims whole, Scott maintains that the best strategy to avoid exploitation is prevention, and the best form of prevention is an airtight estate plan. “It’s important for estate plans to include trusts with trigger provisions that state when the older adult becomes exploitable, when he knows in advance that it's likely to happen or that it's possible that it's going to happen, his money is going to get locked down. It’s just safer that way.”