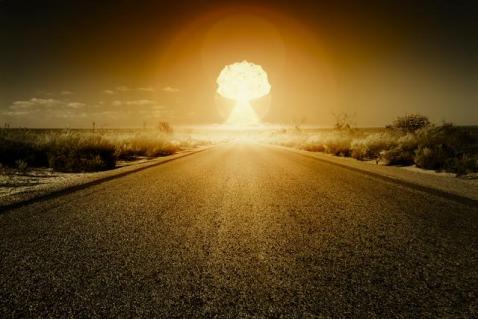 Did you know that a little-known compensation program available for people exposed to radiation as a result of the United States military’s domestic nuclear testing program is coming to an end? The Radiation Exposure Compensation Act (RECA) can offer up to $100,000 for those who may have developed cancer or other specified diseases after such exposure. However, the RECA program is set to sunset in 2022.

Chris Johnson wants to get the word out about RECA. Chris is a VA Accredited attorney, a Marine Corps veteran, and partner at Takacs McGinnis Elder Care Law, a Life Care Planning Law Firm in Hendersonville, Tennessee.

“Many people are still unaware of their eligibility for the RECA program due to an oath of secrecy taken by the participants in such programs,” says Chris. “Participants were prevented, under penalty of law, from discussing anything related to the testing program. Many people bound by this oath of secrecy don’t realize that it was rescinded in 1996, when Congress repealed the Nuclear Radiation Secrecy Agreement Act.”

The RECA program isn’t new. It was established in 1990 to compensate citizens exposed to radiation from domestic atomic testing. The program divides claimants into three categories:

1) Onsite Participants, typically military personnel who witnessed the blast and then conducted training in the vicinity of the test site,

2) Downwinders, people who were present in one of the specified areas near the Nevada Test Site during a period of atmospheric atomic weapons testing, and

3) Uranium Miners, Millers, and Ore Transporters, people who worked in mining, milling, or transportation of uranium between 1942 and 1971.

All RECA claimants must have contracted one of the medical conditions specified in the statute after possible exposure to ionizing radiation from the detonation of an atomic weapon or after working in the uranium industry.

Further, if a person in one of the three above categories has died, the benefit he or she was entitled to can be paid to surviving family members in the following order of precedence:  1) spouse; 2) children; 3) parents; 4) grandchildren; and 5) grandparents.

In 2020, an amendment to the RECA program was put forth, increasing the amount of compensation provided and expanding eligibility requirements to include additional individuals. Currently, the bill is with the Senate Committee on the Judiciary.

Chris wants people to know that the RECA program won’t last forever. “It’s vital that people file their claims as soon as possible because the program expires on July 9, 2022,” Chris advised. “Once it’s gone, it’s gone.”

Though few people have heard of RECA and the benefits it can provide, Chris wants people to know that the program is the real deal and that people are qualifying for compensation. “Recently, Takacs McGinnis Elder Care Law had the honor of assisting a client who was the surviving spouse of an Atomic Veteran,” Chris notes. “After reviewing the documentary evidence and coordinating with the RECA office at the Department of Justice, a successful claim was pursued, which resulted in a $75,000 award for our client. We are extremely thankful to have pursued this claim prior to the program’s planned expiration.”

If someone you love was a veteran who served from the end of World War II to the early 1970’s, there’s the possibility that he or she falls into one of the three claimant categories eligible for RECA benefits. It’s worth asking the question. And if you need help applying, the attorneys at your local Life Care Planning Law Firm are ready to assist.