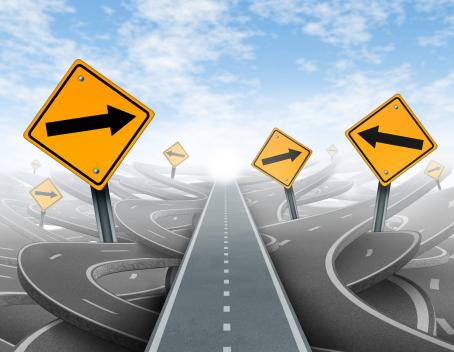 How does a Sarasota lawyer with a public accounting background end up practicing this unique specialty of elder law? Kevin Pillion describes the road that led him to Life Care Planning.

The practice of “Happy Law” may sound like an oxymoron, but not for Kevin Pillion, the founder of the Life Planning Law Firm in Sarasota, Florida. Kevin’s casual demeanor, down to earth attitude, and sensitivity to unspoken needs aren’t what most people expect from a lawyer.

Kevin’s gentle approach is a direct result of personal experience. Dealing with the care of his elderly parents and the resulting stress has given him deep compassion for others in that situation.

No one anticipates being thrust into the caregiver role, and Kevin was no exception. He was enjoying a successful career as an estate planning attorney and Certified Public Accountant in Washington, D.C. when he got the call. “It’s a shock when you realize that your parents aren’t able to function independently anymore,” remembered Kevin, who received his Juris Doctorate from Georgetown University Law Center and has been practicing law since 1990.

Kevin found himself thrust into the caregiver role for his parents, both diagnosed with dementia. Eventually, the challenge of juggling a demanding career with the care of elderly parents became too much. Like many family caregivers, Kevin left his career behind to focus on his parents’ care. “Mom and Dad really wanted to remain in their home on Cape Cod,” Kevin remembered. “I wanted to honor their wishes, so I left my job and went to live with them.”

During the next four years, Kevin cared for his elderly parents full-time, working diligently to keep their lives as normal as possible. “Mom and Dad were snowbirds, so I looked after them at their home in Cape Cod, Massachusetts during the spring and summer months, and then took them to their home in Bradenton, Florida each winter.” In 2007, Kevin’s parents passed away, just six months apart. “When they were gone, I felt a huge void. It was hard to adjust to the reality of life without them.”

For Kevin, the death of his parents was a turning point. “It made me step back and reflect on what I wanted to do with my life,” he recalled. “My work in Washington D.C. had been very satisfying and rewarding, but I felt a strong pull to use the knowledge I’d gained while caring for my parents to help others.”

A career redirection was in order. After much soul-searching Kevin decided to launch an elder law firm. Eventually, he learned about the Life Care Planning approach to elder law and added the innovative service to his firm’s practice. “I love that Life Care Planning addresses clients’ needs from a holistic viewpoint,” said Kevin, who is licensed to practice law in both Florida and Washington, D.C. and is Accredited by the Department of Veterans Affairs. “It gives families the ability to respond with confidence to the legal, medical, financial, and personal issues that elderly loved ones are facing.”

Ultimately, Kevin’s goal is to promote the highest quality of life for his elderly clients and their family caregivers, just as he did with his own parents. “The words of Joseph Addison, an English scholar from the 1700’s, do a good job of summing up my approach,” added Kevin. “’Three grand essentials to happiness in this life are something to do, something to love, and something to hope for.’”